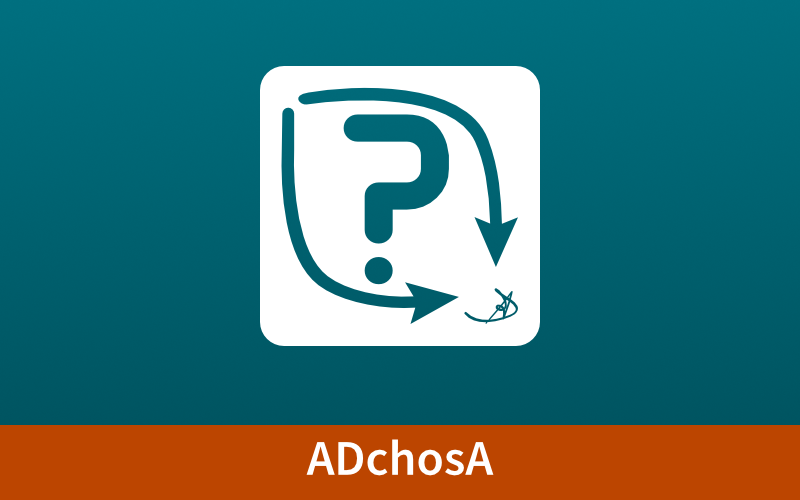 ADchosA is an app for macOS and iOS, which generates random results. You can have a random result from images, letters, numbers and words. With ADchosA you can also create the numbers for your lotto ticket or a (secure) password. New with the 1.2.x update is, that the minimum length of the password decreases to 4.

One user wants to generate a random word with 5 characters via the password generator. For him I could decrease the minimum length to 5. But maybe other people come after him? Mobile phones, Smartphones and some credit cards uses a PIN. This PIN is often a number with 4 digits. So I decided to decrease the minimum length of a password in ADchosA to 4.

The update was developed fast, wasn't it?

After I saw the comment of this user, I started Xcode and changes only one number in the source code. I created all the neccessary stuff in iTunes Connect, created the archive in Xcode and I'm ready to publish the update. The update for the Mac was done. The iOS version wasn't so fast.

For the big iPad Pro I needed a screenshot. This was new. (The last update of an app was some month ago.) I have no big iPad Pro at home. Where can I get the screenshot from? Well for that there is the Simulator. I started it from Xcode. I run my app. I wanted to create one screenhost and nothing happend. The simulator crashed. I did it a second time. The simulator crashed again.

Later on I saw a workaround. In the Edit menu is an item called Copy Screen. If you click it (or use CMD + Control + C) you have a screenshot from the simulator.

I saw this option to late. For the update I took an old (small) screenshot and increased the size. I uploaded to iTunes Connect and some days later the update were available for all users.

At the moment I work a little bit for the next major release of ADchosA. If you have some wishes or ideas for it, you can contact me. The differences between the current version and ADchosA 2.0 will not be so big. At the moment this will be the new features of ADchosA 2.0: